We have a great team of humans that are working hard to make dog’s lives better. Below is a bit about our trustees & founders of the We Love Dogs Charitable Trust.
Soon we’ll be adding our other volunteers! Stay tuned…

Denis and his partner Jenny are late comers to having dogs in the household having adopted their first in 2008, after the kids had left home of course.   Molly was an ex racing greyhound with a racing name of Sexy Girl.

Sadly Denis and Jenny lost Molly after three years to Osteocarcoma. However, as they tell it, Molly taught them how to love dogs. Currently  they have two ex-racers, Evie who is 11 and a half and Poppy who is four. Since 2008 Denis has actively been involved in rehoming greyhounds. He has been a home checker, attended  and organised events, organised walks, filled the Taranaki Area Coordinator for Greyhounds as Pets (GAP) for 6 years and held a couple of senior roles with GAP.  Denis also established the local Facebook group “New Plymouth Dog Group” which has over 1700 members. 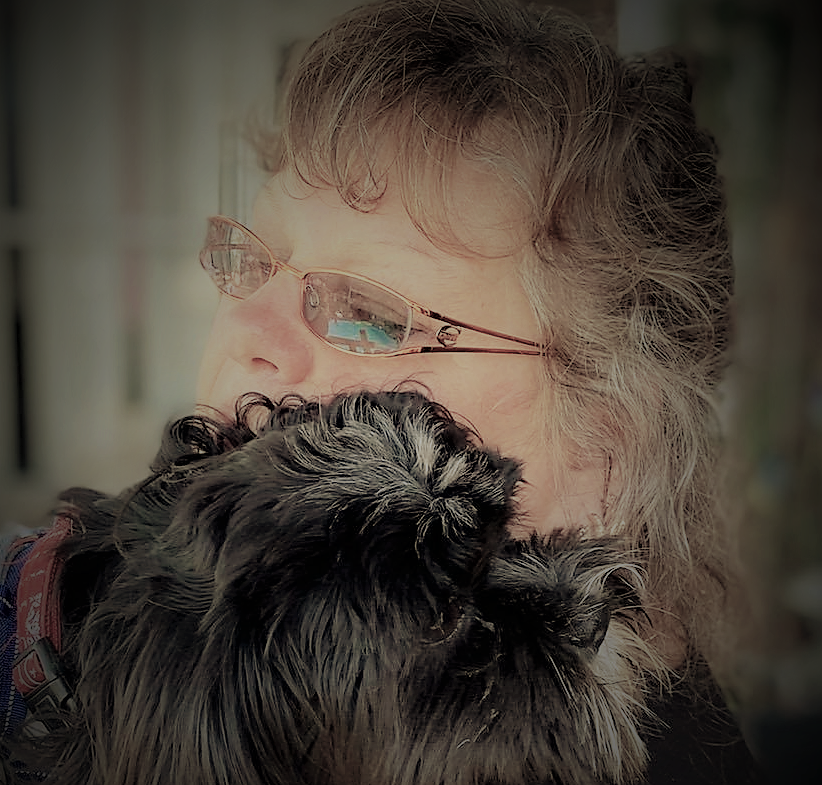 Krys (and hubby John) have always had cats and lost their Birmin after 23 years to old age and ill-health. The kids left for their OE experiences leaving “Mo” (the dog) in our care. He has always lived in our home (now 8 years) and was joined more recently with a playmate “Pepper” born June 2020

Having dogs has been a new and rewarding experience for us despite a steep learning curve. Such different personalities and behaviors compared to cats. Since returning from Canada some years ago, Krys has been involved in volunteer work full-time, mostly in the sporting sector locally and nationally; she has attended many Wheelhouse workshops on governance, finance, and numerous other areas provided in Taranaki to assist organizations progress. Krys is the recipient of two Sport Taranaki awards for administration and the NPDC Citizens Award and has established a Facebook and Website presence for roller sports and administers some offshore interest sites as well. Krys is committed to her new “passion,” has adjusted her time management, and totally appreciates what the We Love Dogs Charitable Trust has set as their mandate. It has been very humbling to join the other Trustees knowing their total commitment and empathy shown towards the best outcomes for the dogs being assisted into forever homes.

Wendy has never lived in a home that did not include a dog as part of the family. Their first dog ‘Bob’ was a super-intelligent and rather rascally Border Collie. When the family emigrated to NZ from the UK back in the early 70s, Bob came with them.  Wendy is a firm believer that our pets are our family and we don’t leave them behind.

Wendy had always wanted to do some kind of work with dogs, however, all those years ago there were very few opportunities. When living in Turangi, back in the early 80s, she became a member of the local SPCA and began training to be an SPCA inspector. However, the birth of their first child, and moving back to Taranaki, interrupted that and there was not the opportunity to continue training in New Plymouth. She followed her other love, that of her children, into early childhood education, and had a wonderful 25-year career at New Plymouth’s Montessori School.

Wendy and hubby Stephen have been lucky enough to have several amazing dogs (and cats) as part of their family. They lost their old dog Badger last January at nearly sixteen years of age, but thankfully still had their young Black Labrador Harry, to take the sting out of that.

Now that she is semi-retired, Wendy wants to contribute once again, and has joined the team at We Love Dogs Charitable Trust; initially as a fosterer, and now in a role where she gets to meet new and interesting people, and help them to find their new family members.

Our Amazing Volunteers And Foster Carers

Hi I’m Tania, the owner of Love thy Dog NZ, and I’m passionate about sharing what I have learned on my journey with my reactive dog Tia.

The ‘hard dogs’ are the ones with the most to teach us, and when we know better, we can do better with that knowledge.

My own dog inspired me to become a better owner and I wanted to understand how she viewed the world so that I could help her to change.  I studied hard and gained my certification in July 2017 as a Canine Behaviour Consultant with IAABC.

I started my Dog Walking business in March 2016 and I also specialise in teaching owners how they can effect change with their dogs’ behaviour using reward-based methods.

I run Adolescent Puppy training classes and a Puppy Social Club where owners can bring their puppies for safe socialisation. We are looking for new volunteers and foster carers